The Month Before Christmas

At Flashings Direct we want to make sure that our customers know how much we value their businesses. Those of you who order your flashing, pipe boots and roofing supplies throughout the year mean the world to us. We would like you to say, from the bottom of our hearts, thank you for your business. Now, we know a lot of you out there are roofers and, in northern climates, tend to take some time off this time of year. We think that is great and wish you the best holiday season that anyone could ask for, after all our customers are some of the hardest working people out there and deserve a break. So make the best of your holiday with friends and family because we are working on some incredible things for after the holidays. Without further ado, we would like to give you a taste of Flashings Direct own, Night Before Christmas.

Twas the night before Christmas and all through the house, all the roofers were snoring, practically shaking the house.

The roofing was done for yet another season and each were dreaming of their coming vacation.

Each of them wishing for flashings galore ready to be delivered from the pipe boot super store.

Each roof they had touched still held its might, in the hopes that Santa would land there this night.

With the jingle of bells and the air of delight the sleigh could be heard just out of sight.

The landing was rough but the roof held tight, no doubt because of the roofers who slumbered that night.

Down the chimney he went and when all was just right, Santa took off in his sleigh leaving a disaster despite.

The roofers awoke to a terrifying sight and figured the reindeer much have cracked the vent pipe.

To Flashings Direct they sped with a fury, and received the parts they needed in a hurry. 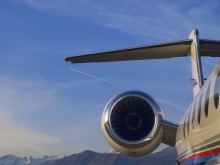 “Ready For Fall?” is Never Something You Say To a Roofer

Summer is over, let's get crazy. After months of busting your hump on what can seem like a thousand different roofs the fall weather is creeping in and feels glorious. As a roofer you know that the best time to work is in the fall. The sun does not suck the life out of you [...]

We are right in the middle of it, the part of summer that make us wish for the cool, comfortable days of fall. The sunburns have long ago turned into deep tans that many pay thousands of dollars for, you on the other hand, earn yours. It is the peak of roofing season throughout the [...]

Metal roofing it is the next big thing in roofing. It is durable, looks awesome, and what sounds better than a thunderstorm on a corrugated metal roof? It almost makes you want to crack open a frosty beverage and pull out the banjo. Of course the material that is installed as metal roofing is nothing [...]

It is that time of year again, time to throw a bag of charcoal on the grill spray it down with gasoline and get those sausages grillin’! (Don’t do that for real you will burn the house down) That's right, it is the unofficial start of the summer season, now for some, like Leonardo Dicaprio, [...]

At one point or another, we have all done it. The convenience store hot dog for lunch. They just look so good rotating over there on their little chrome bleachers, sweating like a politician at confession. Sticky, unrecognizable goo sticks to the rollers with every rotation, like gum stuck to a pair of flip flops. [...]

The end of the year always brings about a sense of either nostalgia or panic. This time of year is definitely crazy, what with getting the end of the year in order and having sporadic days off. It is tough to focus on work when the holidays come around. That is why Flashings Direct is [...]

One week from today is Thanksgiving and that means many things in this great country of ours, turkey, stuffing and a mush of green beans and soup. It is highly unlikely that the Pilgrims had condensed soup when the first Thanksgiving spontaneously occurred but the Native Americans could have brought some made from wild mushrooms. [...]

Winter is coming my friends, and before we know it we will have all of the joys that come along with it. Ski trips, sledding, ice fishing and depending on where you live, sleigh rides. Ok so admittedly, winter is not the same through out this great country of ours, some of us have it [...]

What We Think About At Flashings Direct

Do you ever think about roof flashing? How about pipe boots? Well unless you are a roofer or the finest flashing supplier in the country, chances are you don’t. You know what though that's ok. That is why Flashing Direct is here, we think about flashing, pipe boots and the most effective way for you [...]